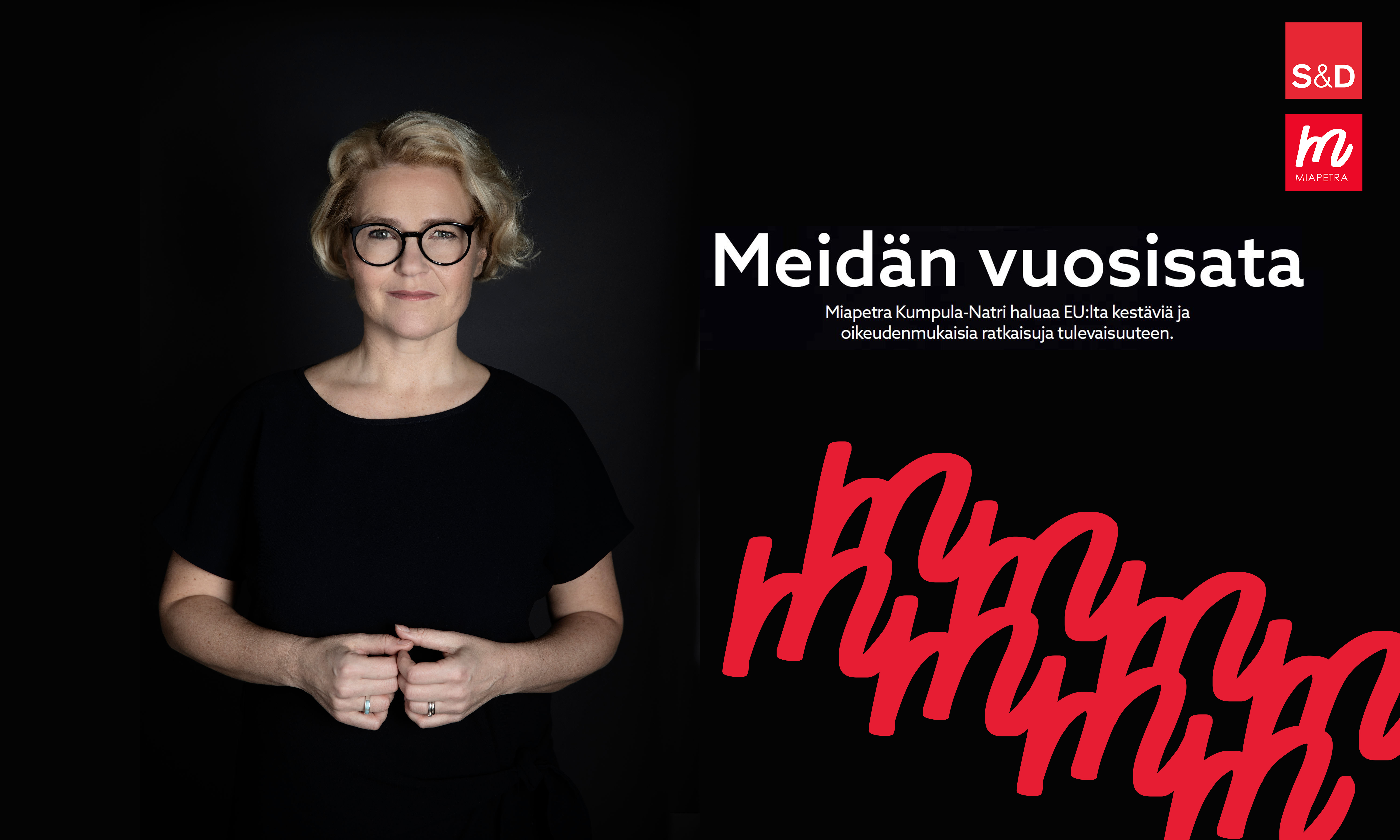 Posted at 13:00h in Yleinen by Marina Lampinen

In the 20th century, two unprecedented wars emerged in Europe, with hundreds of millions of people affected worldwide. In the second half of the century, we discovered the significance of cooperation. With deepening European integration and cooperation, we have been able to witness a historically long period of peace and prosperity.

Now, nearly a fifth of the new century is behind us. When we approach the 2020s, Finland and Europe as a whole will face important choices: Will we move forward together, as a united front, or will we go it alone? Global competition is accelerating. At the same time, the forces of confrontation are becoming more vocal within Europe. China’s economy has grown by almost 10% per annum for decades. The country trains more people every year in technology, engineering and mathematics than the United States. The United States, on the other hand, is the economy of world-class innovations, attractive top universities and a young labour force.

I argue that three issues will be crucial for the future of Finland and Europe: We need a fair and just way to stop climate change under European leadership. The digital agenda must be harnessed to generate future work, and the economy must be steered to meet the demands of the digital age. We also need a sense of security and a vision for the future. In the face of fear, freedoms should not be restricted – on the contrary.

While working in the European Parliament I have realised that to solve major issues, a lot of concrete action is needed. My own S&D Parliamentary Group has done important work in combating tax evasion and promoting progressive trade agreements. In addition, the group has tackled climate change and security issues to ensure a fair and safe future for all people. I myself work in two committees, in particular on digital, research, energy and climate issues, social and employment issues and human rights.

European Success requires us to build solutions together. Among recent success stories is the Erasmus exchange, which has enriched the lives of over 9 million young people. Or the common rules governing the market, such as the removal of roaming prices. Many people recognize this directive, which I helped to negotiate, when making a call, texting and surfing the net in another EU country, which now costs the same as in their home country!

People sometimes perceive the Union to be alien and too distant, the consequences of which can be see, for example, in Brexit. We must now target our resources to figuring out where we can find the next Erasmus or roaming. I will welcome new ideas with open arms! Personal experiences about Europe and fellow Europeans strengthen cooperation and increase mutual trust. Working together we achieve cohesion and through the Parliament’s work, we can see open European democracy in action and reinforce it!

You can read the whole MEP-magazine behind this link.